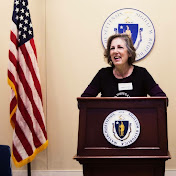 Jim had 25 years on me. I didn’t know why at the time, my knowing nothing about my disease and Jim being the only other person I knew who also had Parkinson’s Disease,  Jim took me under his wing, brought me Washington DC, introducing me to the most influential people on Parkinson’s disease, but later learned he was passing the baton to me because he knew he was dying.

I took my friend Jim’s place at PAN, and became a member of  Massachusetts Delegation. For the next 12 years, together with delegates in across the country, hundreds of patients will descend upon Capitol Hill in late March, meeting with every senator and representative from our states ask them to support important legislation to the Parkinson’s community I’m continuing to build relationships with them in their district offices throughout the year.

I was walking the from the House of Congress to the Senate, which is a VERY long walk. Member of Congress use the rail system running under both houses, which is why you rarely see them in the halls. One day I thought I spotted John McCain walking towards our group. I guess I was staring with that "Is that John McCain" look, because he winked at me.

Jim had introduced me to Robin Elliot, the head of the PDF, who later invited me to the second Clinical Trial Research Initiative, We are a select group of patients from across the country were brought To lovely Conference Center for four days of training on specified roles we would take to solve the problem of under enrollment of PD research trials in our community.

We are required to report every month the number of patients we spoke with. I see dozens if not hundreds of patients in various groups in the course of a month. I was sending my message out to all of them but I couldn’t identify how many have spoken with. Then we were supposed to follow up with each individual person overtime see if they actually enrolled in a trial.

This became the beginning of my transition from an advocate to an activist.

I refuse to send a day that was impossible to obtain. I question the need for the process. I began to see that the entire system of patient recruitment was operating in reverse. I spoke out about the absurdity of asking patients With movement disorders, cognitive communication impairment’s and lack of mobility to go to clinical trials. It was obvious to me that the clinical trials should go to them. I began writing and publishing papers about the inherent bias in trial recruitment In addition to the absurdity of the methodology of recruitment. I was politely kicked out of this group. I became an activist.

I found a kindred spirits In the Michael J Foundation. They recommended me to be on Patient Advisory Councils at numerous pharmaceutical and therapeutics companies developing treatments for Parkinson’s disease. I work with companies like Pfizer to Revamp the design of clinical trials that were under enrolled to enhance patient participation.

I thrive in these positions, brainstorming with the entire clinical trial teams and often the CEOs of these pharmaceutical companies. There were no limits on thought, no judgments on brainstorming. Often the meetings are attended by the CEOs and talked decision-makers in the company. They want to know what patients were saying.

Those experiences gave me confidence in my perspectives, as different as they were from main stream.

My writing skills picked up and I develop the confidence to start speaking publicly about the needs of Parkinson’s patients in the system changes that we needed.

The most rewarding part of my work has been meeting hundreds and hundreds of other patients with Parkinson’s.

In 2007, I found in my first support group, the Young Onset Parkinson’s Disease Support Group of Greater Boston. I lead the group for many years until we aged up and had to rename ourselves the Baby Boomers Support Group And turned it over to the APDAMA.

I went onto found a number of other support groups and social networks. Including Shaky Ladies Group. As a result of Covid, I recently started a “Weekly Wednesday Virtual Support Group for Women with Parkinson’s Disease.” It’s been an amazing experience to start this group out of nowhere and have women from across the country joining it in droves. Were using breakout rooms to accommodate everyone and still maintain small groups. It’s fascinating, rewarding and affirms my belief that until there’s a cure, there’s a community.

What To Expect When You Weren't Expecting to Have Parkinson's Disease